The School of Public Policy is committed to creating a thriving, inclusive environment at the School, where everyone takes an active role in incorporating diversity, inclusion and belonging into their work, classroom and interactions with students and colleagues. To that end, we’re excited to share our monthly recommendations for books, poetry, documentaries, podcasts, art and more for students to refer to on their personal and professional journeys to cultivating diversity, inclusion and belonging.

In the month of September we observe Hispanic Heritage Month, from September 15-October 15. To that end, here are a few recommendations from SPP staff, faculty, and members of the Diversity, Inclusion and Belonging Taskforce for you to engage with this month!

To My Motherland (Vimeo)

Blending together both family photographs and home videos, “To My Motherland” is a personal essay that explores the complexities of immigration to the United States and the difficulties of returning to the Peruvian motherland. The film is based on the director, Kristal Sotomayor’s experiences visiting family in Peru for the first time in over 13 years and touches on feelings of dislocation as the daughter of Peruvian immigrants raised in the US. 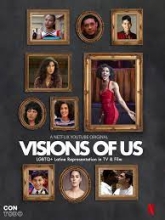 Visions of Us: LGBTQ+ Latine Representation in TV & Film (Netflix)

Visions of Us is a four-part digital documentary series that celebrates, uplifts and highlights some of the most groundbreaking queer Latinx characters and scenes in TV and Film, and the talent who brought them to life both onscreen and off. Stephanie Beatriz (Brooklyn Nine-Nine), Steven Canals (Pose Creator and Director), Tanya Saracho (Vida Creator and Writer), Aurora Guerrero (Writer/Director of Mosquita y Mari), Wilson Cruz (My So-Called Life, 13 Reasons Why, Noah's Arc, Star Trek: Discovery), Garcia (Tales of the City) and more talent share their deeply personal journeys in bringing authentic queer representation to their work.

In Latino Vote, get an inside look at the high-stakes effort to get out the Latino vote in the 2020 election. Political candidates are focused on maximizing turnout and support from Latinos, poised to be the largest non-white voting bloc.

The Hand that Feeds

At a popular bakery café, residents of New York’s Upper East Side get bagels and coffee served with a smile 24 hours a day. But behind the scenes, undocumented immigrant workers face sub-legal wages, dangerous machinery, and abusive managers who will fire them for calling in sick. Mild-mannered sandwich maker Mahoma López has never been interested in politics, but in January 2012, he convinces a small group of his co-workers to fight back. Risking deportation and the loss of their livelihood, the workers team up with a diverse crew of innovative young organizers and take the unusual step of forming their own independent union, launching themselves on a journey that will test the limits of their resolve. Watch The Hand That Feeds. 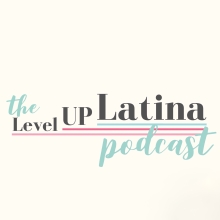 As Latinas growing up torn between two worlds to upkeep their parents' beloved cultures while achieving their own ambitious independence in a modern world, a unique coaching style and real-talk podcast came to be. Level Up Latina is hosted by friends Cecelia, Irene, and Veronica. LUL's "secret sauce," or better yet "un molito bien rico" dissolves generational guilt once and for all. 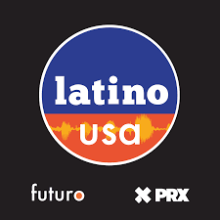 Peabody Award winning Latino USA is the longest running national Latino news and cultural public radio program. Latino USA is produced by the Futuro Media Group, an independent nonprofit organization producing multimedia journalism that explores and gives a critical voice to the diversity of the American experience. Based in Harlem and founded in 2010 by award-winning journalist Maria Hinojosa, Futuro Media is committed to telling stories often overlooked by mainstream media by expanding narratives as we report on issues where we see a lack of racial equity.

Happy Hispanic Heritage Month! This month of celebration, culture, and sound is prime time for learning and participation. And what better way to participate than with movement? Let this heat-infused mix from Greatist move you through the remainder of this month, as you dance till you break a sweat, swoon until you float away, or just lie still and let your heart beat to the rhythms. 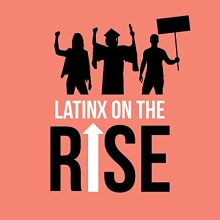 Bringing light to activists and uncovering stories that are one of a kind, Latinx On The Rise devotes their platform for the greater good. Founder Annabel Garcia is devoted to strengthening the community by interviewing activists and revealing stories from a perspective that people may not have seen before. Covering stories from people who are not only Hispanic but also bringing light to those who are Afro-Latino or biracial and what they experience. Its inspiration leaves its audience thinking about issues within the community and the want for change. 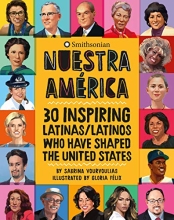 Nuestra América: 30 Inspiring Latinas/Latinos Who Have Shaped the United States

A project of the Smithsonian Latino Center, Nuestra America, also released in a Spanish edition, features 30 biographies of men and women who have made their mark in entertainment, sports, education, politics, advocacy, music, science, and social justice. Highlighted by Gloria Félix’s lush, realistic art, the book’s message, “Latino history is American history,” rings out on every page. Ages 8–12. 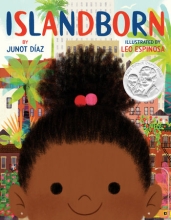 Islandborn tells the story of Lola. When Lola’s teacher asks the students to draw a picture of where their families immigrated from, all the kids are excited. Except Lola. She can’t remember The Island - she left when she was just a baby. But with the help of her family and friends, and their memories - joyous, fantastical, heartbreaking, and frightening - Lola’s imagination takes her on an extraordinary journey back to The Island.  As she draws closer to the heart of her family’s story, Lola comes to understand the truth of her abuela’s words: “Just because you don’t remember a place doesn’t mean it’s not in you.”

Finding Latinx: In Search of the Voices Redefining Latino Identity

Debut author and journalist Paola Ramos travels to near and far corners of the country in search of Latino voices that illustrate a growing movement and represent a community of young Latinos that hold more political, social and cultural relevance today than ever before. Finding Latinx will take millions of young Latinos --including the author herself-- on a journey of self-discovery and empowerment, shedding light on the voices that have been brewing yet overlooked for years. From Afro-Latinos to Trans-Latinos, border town Latinos to the young Cuban-Americans in Miami--this book will give life to the cryptic term 'Latinx.'

In Juliet Takes a Breath, Juliet Milagros Palante is leaving the Bronx and headed to Portland, Oregon. She just came out to her family and isn’t sure if her mom will ever speak to her again. But Juliet has a plan, sort of, one that’s going to help her figure out this whole “Puerto Rican lesbian” thing. She’s interning with the author of her favorite book: Harlowe Brisbane, the ultimate authority on feminism, women’s bodies, and other gay-sounding stuff.

Our America: A Hispanic History of the United States

The United States is still typically conceived of as an offshoot of England, with our history unfolding east to west beginning with the first English settlers in Jamestown. This view overlooks the significance of America’s Hispanic past. With the profile of the United States increasingly Hispanic, the importance of recovering the Hispanic dimension to our national story has never been greater. In Our America is the United States’ Hispanic past, presented with characteristic insight and wit by one of our greatest historians, Felipe Fernández-Armesto.

Created by the Smithsonian National Museum of the American Latino, check out this virtual tour of Latino street murals found all over DC!

Join the DowntownDC BID and DCBX as they spice up Hispanic Heritage Month at newly reopened Franklin Park! Salsa, Bachata & Diversify your way into the weekend starting Friday, October 1 – Friday, October 15 from 5:30 PM – 8:00 PM. From complimentary salsa lessons to live music and entertainment, come out and celebrate the rich Hispanic culture of DowntownDC and the District at large!

Virtual Exhibits from the Library of Congress, National Archives, and more…

The Library of Congress, National Archives and Records Administration, National Endowment for the Humanities, National Gallery of Art, National Park Service, Smithsonian Institution and United States Holocaust Memorial Museum join in paying tribute to the generations of Hispanic Americans who have positively influenced and enriched our nation and society. Check out the International Center for the Arts of the Americas exhibit on Documents of Latin American and Latino Art, or the Smithsonian Center for Folklife & Cultural Heritage’s interview series, Afrolatinidad: Art & Identity in D.C.

There are plenty of ways to visit incredible sites, without ever having to leave your home. Take a tour of the Mayan pyramids of Chichen Itza, and Teotihuacan in Mexico; explore Machu Picchu in Peru; or wander the halls of the Museu de Arte de São Paulo in Brazil.

The Congressional Hispanic Caucus Institute (CHCI) is the premier Hispanic nonprofit and nonpartisan 501(c)(3) organization in the country dedicated to developing the next generation of Latino leaders®. CHCI provides leadership, public service, and policy experiences to outstanding Latino/a/x students and young professionals, and convenes Members of Congress and other public officials, corporate executives, nonprofit advocates, and thought leaders to discuss issues facing the nation and the Hispanic community.

RAICES is a 501(c)(3) nonprofit agency that promotes justice by providing free and low-cost legal services to underserved immigrant children, families, and refugees. With legal services, social programs, bond assistance, and an advocacy team focused on changing the narrative around immigration in this country, RAICES is operating on the national frontlines of the fight for immigration rights. 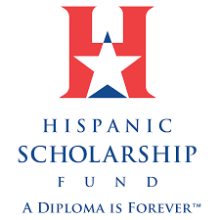 HSF empowers students and parents with the knowledge and resources to successfully complete a higher education, while providing support services and scholarships to as many exceptional students, HSF Scholars and Alumni as possible.