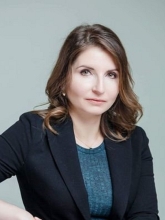 Dr. Maria Snegovaya is a comparative politics, international relations, and statistical methods specialist. The key focus of her research is democratic backsliding in Eastern Europe, as well as Russia’s domestic and foreign policy. Her research results and analysis have appeared in policy and peer-reviewed journals, including Journal of Democracy, Democratization, and the Washington Post‘s political science blog the Monkey Cage. Her research has been referenced in publications such as the New York Times, Bloomberg, the Economist, and Foreign Policy. She is frequently invited to give talks at U.S. universities and think tanks. 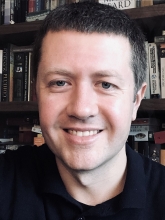 Denis Volkov is a sociologist and deputy director at the Levada Center, a Moscow based independent sociological research organization. Over thirteen years with the Center he was involved in more than a hundred quantitative and qualitative research projects on different aspects of Russian society. Volkov has authored works on sources of political regime’s support, political attitudes of the Russian youth, protest activities and civil society, business and elites opinion in Russia. He was a columnist for Vedomosti, RBC and the Moscow Times newspapers. He is now a columnist for Forbes Russia and the Carnegie Moscow Center.