Join us for a Norman and Florence Brody Family Foundation Public Policy Forum, a discussion with Andrew Aydin.

Award-winning author, Andrew Aydin, is best known for his graphic memoir series, March and Run, chronicling the fight for civil rights from the perspective of Former Representative John Lewis. Aydin produced these memoirs while serving in Lewis's congressional staff in senior roles. He has reached a wide-ranging audience using this medium, which has been vital in the ongoing debate of voting rights and the role of race in policymaking. 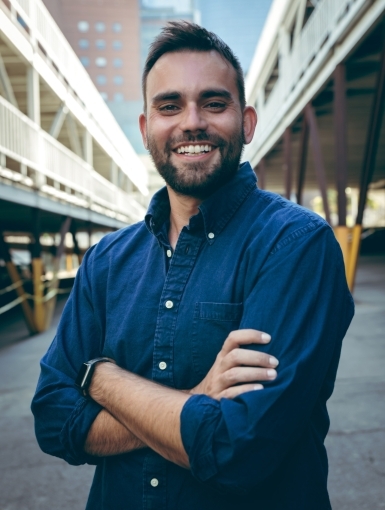 Andrew Aydin is the New York Times best-selling author of MARCH, the first comics work to ever win the National Book Award. He is also the recipient of multiple Coretta Scott King honors.

Andrew, an Atlanta native, was raised by a single mother and grew up reading everything, particularly comic books. After college, he took a job with the late Congressman John Lewis in Washington, D.C. A year later, while serving as Press Secretary on the Congressman’s re-election campaign, Andrew had the idea that Congressman Lewis should write a comic book to tell the story of his involvement in the Civil Rights Movement. Though it took a little convincing, Congressman Lewis eventually agreed on the condition that Andrew write it with him. He became the driving force behind MARCH, which reached #1 on the New York Times bestseller list.

A graduate of Trinity College in Hartford and Georgetown University in Washington, Andrew is also a Robert F. Kennedy Book Award Honoree, a Printz Award winner, a Sibert Medal winner, a Walter Dean Myers Award winner, and a two-time Eisner award winner. He often speaks at schools and universities and participates in reading programs with incarcerated youth. 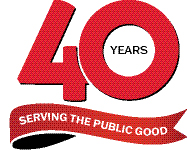 This event is part of a year-long series celebrating the School of Public Policy's 40th anniversary. During this year the School reflects on a fundamental question — what role should programs of public policy play in our world? The policymaker and analyst of the past needs to be the policy entrepreneur of the future, adept at navigating an ever-changing governance landscape. As we look forward to our next 40 years of serving the public good, we commit to advancing education and research.